” The commodification of art and the individual has led to the marketing of Raimbow Gathering, the most striking example is the Burning Man or the myriad of Psytrance festivals now held everywhere. The first thing that is perceived is the disconnection with Mother Nature and the Universe, replaced by a fake connection conveyed by the use of synthetic drugs (the abuse of drugs was the cause of the failure of the First and Second Summer of Love, the Hippies movement and the Ravers generation), in addition, highly polluting decoration materials are often used, such as Lycra for deco, as a sort of huge condom that prevents the gathering from creating the energy columns that the Earth needs. But what was most surprising was the introduction of very expensive entrance tickets with the normal consequence of artists who perform only for money. We need to wake up from the state of induced sleep, we must be awake, this awareness pushes us to abandon a passive use typical of commercial events, to return to an active participation necessary for spontaneous and non-profit gatherings, the only ones able to protect the Mother Earth from the consumerist interest that is destroying it. The Third Summer of Love has begun, the period of awareness has passed, now for all who are awake the time for action has come. Light & Love. ” Octopus Tantrika ۞ Sardinia 2020 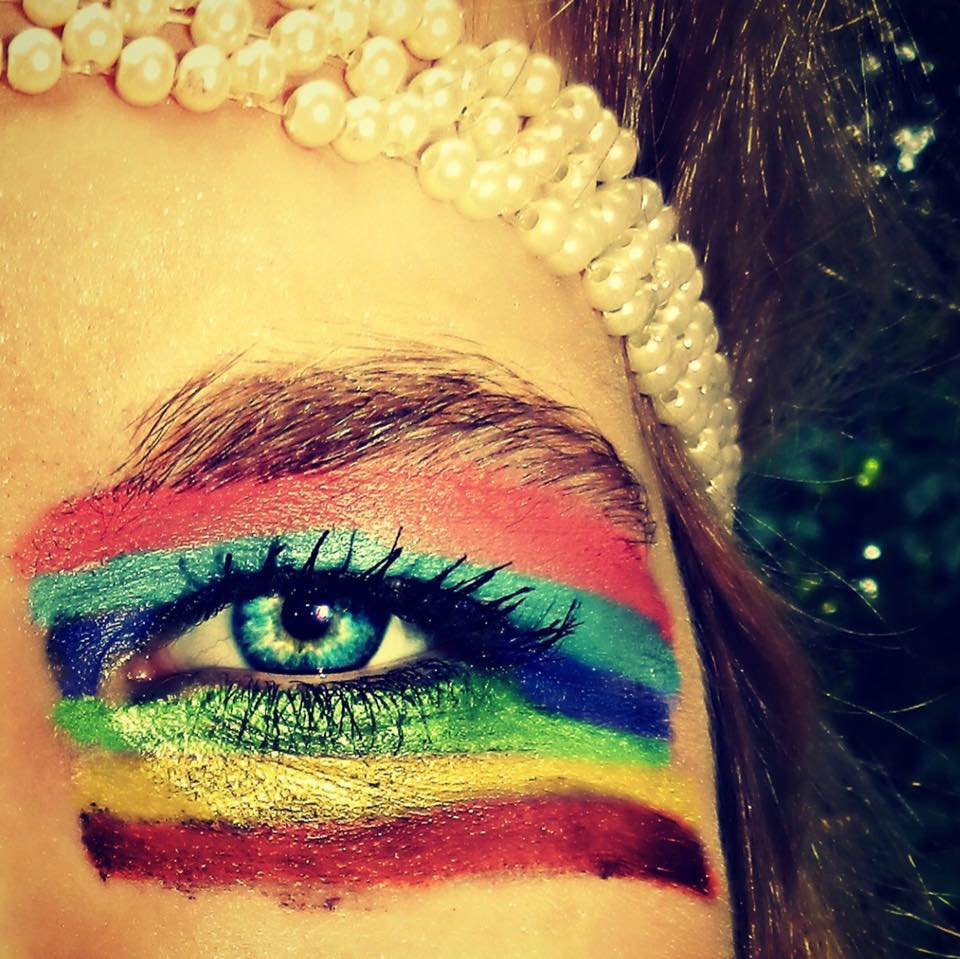 The Warriors of the Rainbow Prophecy

” One day… there would come a time, when the earth being ravaged and polluted, the forests being destroyed, the birds would fall from the air, the waters would be blackened, the fish being poisoned in the streams, and the trees would no longer be, mankind as we would know it would all but cease to exist. “

This is how the ‘Rainbow prophecy’ begins, as retold by a woman of the Cree Indian nation of America over a century ago.

The Cree are one of the largest groups of the First Nations Native Americans in North America. There are over 135 bands of Cree living in Canada, with a total population of approximately 200,000 today.

The Rainbow prophecy, as it has come to be known, refers to the keepers of the legends, rituals, and other myths that will be needed when the time comes to restore the health on Earth. It is believed that these legendary beings will return on a day of awakening when all people will unite and create a new world of justice, peace, and freedom, and they will be named the ‘Warriors of the Rainbow’. They will reteach the values and the knowledge that has been lost in time, demonstrating how to have wisdom and extra-perception, and how unity, harmony, and love is the only way forward.

Long ago Great Spirit came down and He gathered the peoples of this earth together.

Leaders will be Those Whose Actions Speak the Loudest
The rainbow reference relates to the different colours of the original people:

” At the beginning of this cycle of time, long ago, the Great Spirit came down and He made an appearance and He gathered the peoples of this earth together, they say on an island which is now beneath the water, and He said to the human beings, “I’m going to send you to four directions and over time I’m going to change you to four colours, but I’m going to give you some teachings and you will call these the Original Teachings and when you come back together with each other you will share these so that you can live and have peace on earth, and a great civilization will come about. ” Prophecy as told by Lee Brown of the Salish Tribe at the 1986 Continental Indigenous Council, Alaska

A particularly interesting part of the prophecy relates to the choosing of leaders. According to the story, a leader will not be the one that talks the loudest, boasts of successes, or has the support of the elite. Leaders will be those whose actions speak the loudest, the ones that have demonstrated wisdom and courage and have proven that they work for the benefit of all. Isn’t this how things should be? 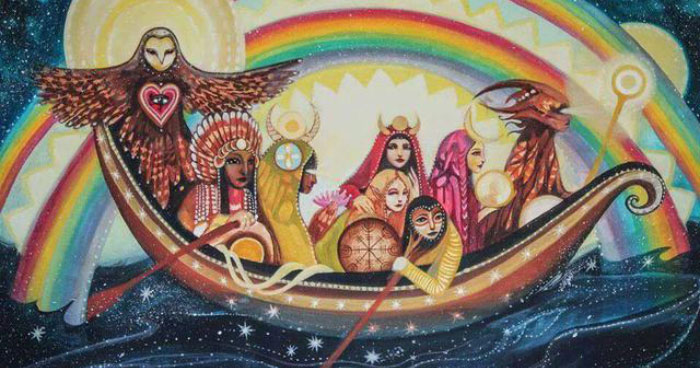 Elements of the Rainbow Prophecy reach across borders and oceans.

The Rainbow Prophecy among Different Nations

The Rainbow has always held special significance among the different Native American Indian Nations. It is connected to the Spirit (Supreme God/Creator) in all things. Apart from the Cree prophecy there are many prophecies and stories from the Hopi, the Zuni and the Cherokee related to the rainbow warriors.

” There will come a day when people of all races, colors, and creeds will put aside their differences. They will come together in love, joining hands in unification, to heal the Earth and all Her children. They will move over the Earth like a great Whirling Rainbow, bringing peace, understanding and healing everywhere they go. Many creatures thought to be extinct or mythical will resurface at this time; the great trees that perished will return almost overnight. All living things will flourish, drawing sustenance from the breast of our Mother, the Earth. “

” The great spiritual Teachers who walked the Earth and taught the basics of the truths of the Whirling Rainbow Prophecy will return and walk amongst us once more, sharing their power and understanding with all. We will learn how to see and hear in a sacred manner. Men and women will be equals in the way Creator intended them to be; all children will be safe anywhere they want to go. Elders will be respected and valued for their contributions to life. Their wisdom will be sought out. The whole Human race will be called The People and there will be no more war, sickness or hunger forever. ” – Navajo-Hopi Prophecy of the Whirling Rainbow 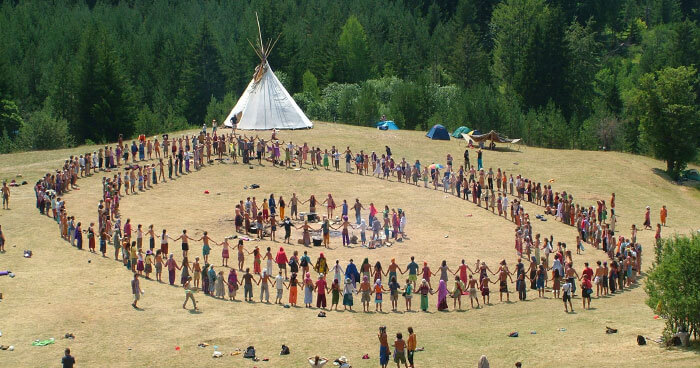 There will come a day when people of all races will put aside their differences.

” In the time of the Seventh Fire, a New People would emerge. They would retrace their steps to find the wisdom that was left by the side of the trail long ago. Their steps would take them to the elders, who they would ask to guide them on their journey. If the New People remain strong in their quest, the sacred drum will again sound its voice. There will be an awakening of the people, and the sacred fire will again be lit. At this time, the light-skinned race will be given a choice between two roads. One road is the road of greed and technology without wisdom or respect for life. This road represents a rush to destruction. The other road is spirituality, a slower path that includes respect for all living things. If we choose the spiritual path, we can light yet another fire, an Eight Fire, and begin an extended period of Peace and healthy growth. ” – Grandfather William Commanda, Circle of All Nations Prophecy of the Seven Fires of the Anishnabe, From Ancient Wampum Belt

Ushering in a New Era of Peace and Prosperity

Whether these prophecies are true or not, much of what is spoken about – the era of greed and violence – is a reality throughout much of the world today. Corruption, greed, poverty, consumerism, power to the few, and injustice are predominant characteristics of our civilization accompanied by a great technological advancement that has become a weapon for mass destruction and a tool for suppressing resistance. Whether beings from the past will interfere or not, one thing is for sure, life cannot continue in this way forever.