Earth Warriors is a project created by the Octopus Association with the aim of promoting a practice capable of rediscovering the sacredness of Nature, of instilling an unconditional respect and love for all biodiversity, protecting the greenery, recovering abandoned spaces and implementing regeneration urban. 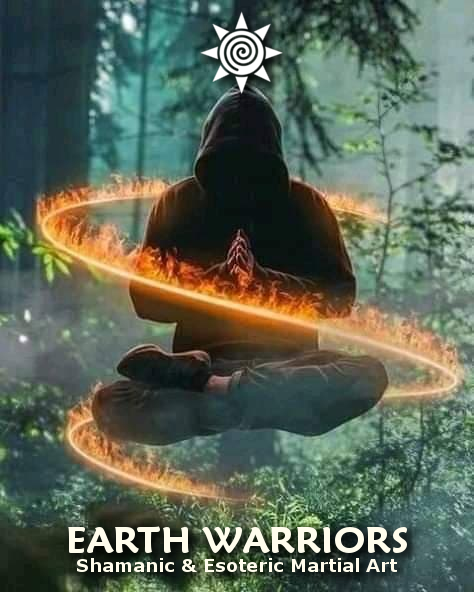 “This is the strength of all forces because it is victorious over all that is subtle and pervades all that is solid.” This is how the Smeraldina Table, one of the most important known alchemical writings, expresses itself. The explanation we get from various ancient authors is that the force that springs from the conscious union of the body with the spirit is of such a nature as to be invincible. This force, as some of the aforementioned authors point out, has the power to manifest itself towards the outside.

The Alchemists had no interest in transforming common lead into precious gold, but they shadowed under the metallurgical and chemical symbolism the immense spiritual richness that is in every man, who besides the right has the duty to discover it and to use it by transforming the corporeal materiality in the gold of the spirit.

From the millenary traditions of Shugenja, Shamanism and Tantra, an art was born aimed at creating “New Warriors” for the protection and conservation of Mother Earth.

The practice can be summarized in a few but fundamental points:

Non Form – Before losing shape, it is necessary to recover a healthy one, both in postural terms and in terms of breathing and attitude. Shamanic Yoga is an important practice for this purpose, a gentle but at the same time profound activity capable of giving the practitioner a correct physical and spiritual form.

Personal Power – Techniques capable of developing empowerment and mind control. By gaining knowledge of ancient knowledge related to Shinto and Tantric Buddhism, practitioners can become aware of being able to do anything or nothing. The ability to pursue one’s goals without disturbing the natural order of things represents an esoteric power that has no equal in any other practice;

Nature is a Mandala – Practicing outdoors in direct contact with the 5 elements, earth, water, fire, wind and the great void. Nature itself becomes a mandala used during practice, a necessary reconnection and today more than ever essential to embark on a path of environmental protection and defense. The Mountain, the Sea and the Rivers become sacred places which we access for an initiatory path of death and spiritual rebirth.

The Technique – The martial tradition promoted represents a millennial knowledge handed down for centuries in the Land of the Gods, Japan. Many combat sports practiced in gyms represent a commercialization of a much wider knowledge that developed to protect groups or ethnic groups in a clear minority compared to the established order that threatened to destroy them. The techniques taught are not beautiful to look at, they are not spectacular but they are very effective in case of self-defense. All the promoted teachings must be considered as a real art for the body, mind and spirit. The martial component is fundamental but it is seen as the last chance to defend ourselves, our family or the community in which we live.

Thought, Word and Action – Intention generates a Thought that can take shape in the material world. Deep breathing is associated with vocalizations or sound formulas, shingons, mantras. These are associated with mudras, i.e. positions and hand gestures that activate the energy channels of the body by increasing spiritual power. The Void, whose essence is preserved in this practice, represents a neutral condition in which the mind, body and spirit live in harmony.

Shugendō is a practice shrouded in mystery and magic: it is narrated by masters enlightened by supernatural powers, wise men capable of resisting naked on the snow or under the waterfalls, able to move on the ground almost flying. The ability to cover great distances in dematerialized bodies or to be able to establish telepathic contact to provide teachings are characteristics that the great masters of Shugendō have in common with the Tibetan Lamas or the Shamans of the Americas.

The mastery of the 5 Elements (Earth, Water, Wind, Fire and the Great Void) and of the Vital Energy (Prana, Chi, Qi or KI) allow practitioners to achieve health and longevity.
The awareness of being able to do anything or nothing, represents the personal power that this art is capable of conferring on all its practitioners. 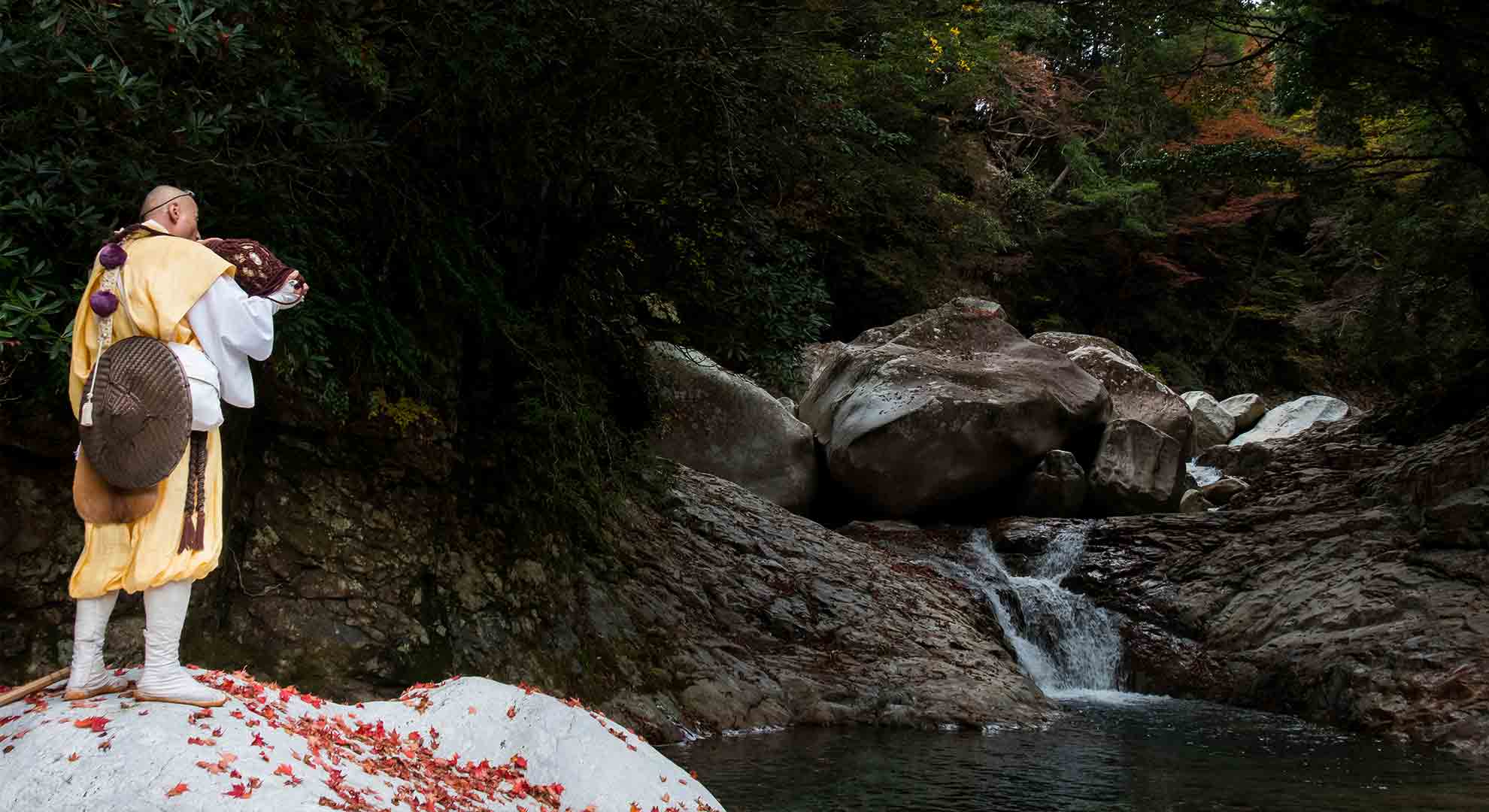 Today as then, Shugendō is practiced and loved by all those who feel a particular connection with Mother Nature, who feel the need to direct all their efforts in one direction: to protect the Earth and all Biodiversities. This is the way of modern “Eco Warriors”.

Shugendō (修 験 道 literally “the way of spiritual power through asceticism”) originated during the Heian period, that is, in the period of maximum development of art in Japan.

Shugendō is believed to be the result of the encounter between the ancient Shinto Shamanic rites and the doctrines and rituals of Tantric Esoteric Buddhism. Shugendō practitioners, known as Yamabushi (山 伏), made pilgrimages to sacred places of power, usually lost in the mountains or the woods, they were known for their supernatural powers and their invincibility techniques in combat. 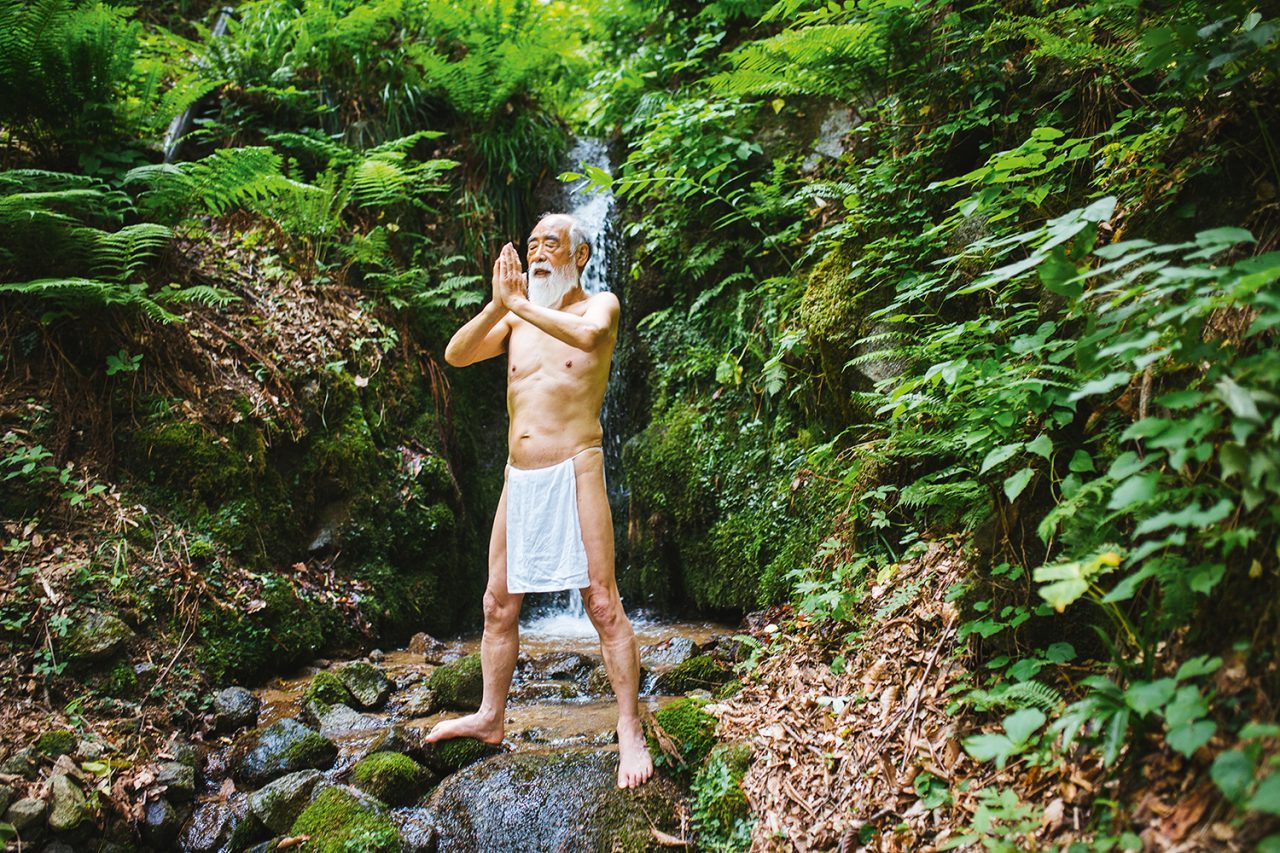 Shugendō has an ascetic tradition that originates from the ancient Japanese cult of Nature, considered sacred. It was in fact believed to acquire supernatural power, through rigorous meditation practices conducted in wild and remote places.

Shugendō finds its founder in the semi-mythical figure of the ascetic En-no-gyōja (役 行者), active in the Nara area between the seventh and eighth centuries, an ascetic with miraculous powers, great master of esoteric techniques , considered by many to be the first Tengu or Shinobi warrior.

One of the peculiar characteristics of Shugendō is the relationship established between Man, Divinity and Nature, the latter represented by the sacred space of wild places.

Shugendō can be defined as an ascetic tradition that has made Nature the fulcrum of its vision. As he sets off, the ascetic leaves the world of men behind him, judged corrupt and confused, and takes a mystical journey of physical ascent into Nature, which symbolizes a spiritual progression towards ultimate knowledge.
It is the task of the ascetic to reveal the sacredness of Nature and to derive its spiritual power.
In Shugendō, Nature, understood as the mountain, the river or the sea, is considered as the concrete and earthly projection of a mandala, a sacred space symbolically representing the universe. Secret initiatory teachings were transmitted to the yamabushi which allowed him to interpret the mandala in order to reach ultimate knowledge.

The consolidation of the Shugendō doctrine and its encounter with the Buddhist one led the Yamabushi not to seek their own individual salvation only through solitary pilgrimages, but to turn their knowledge and ritual practices to the service of the people, especially for the salvation of poor peasants. The ascetic practices of the Yamabushi thus spread among the Japanese villages, and their spiritual powers became particularly requested for the removal of evil influences, for the prediction of the future and for the treatment of diseases. Sacred places were made accessible, and the popularity of Shugendō became ever greater. The first Ryu of Ninjutsu is thought to derive from the teachings handed down by the Yamabushi.